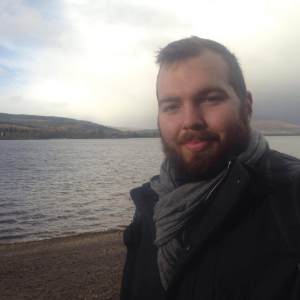 Quay Cook was born and raised in Bleckley County, and is proud to be a Bleckley County Royal. After high school, he attended Truett-McConnell University and received both a Bachelor’s Degree in World Missions and a Master’s Degree in Theology.
In 2004, at the age of 8, Quay became a Christian when God made it clear that every story in the Bible about Jesus was true. Ever since he became a Christian, through challenges, failures, and struggles, Quay has grown in his understanding of what it means and looks like to follow Christ with everything. He had the opportunity to serve with his youth group and youth pastor on local and domestic missions around the southeast, and he would make a commitment to vocational ministry as a senior in high school. During his time at TMU, Quay served with mission teams in India, Argentina, Thailand, the Netherlands, and the United Kingdom, and also served as a student mobilizer.
Quay loves traveling, telling/hearing stories, sports (especially Braves baseball), superhero movies, and music. More than anything, he loves meeting new people and talking to them about the Christ who changed the course of his story forever.
Church Calendar
This message is only visible to admins.
Problem displaying Facebook posts.
Click to show error
Error: Error validating access token: The user has not authorized application 1332798716823516. Type: OAuthException Subcode: 458